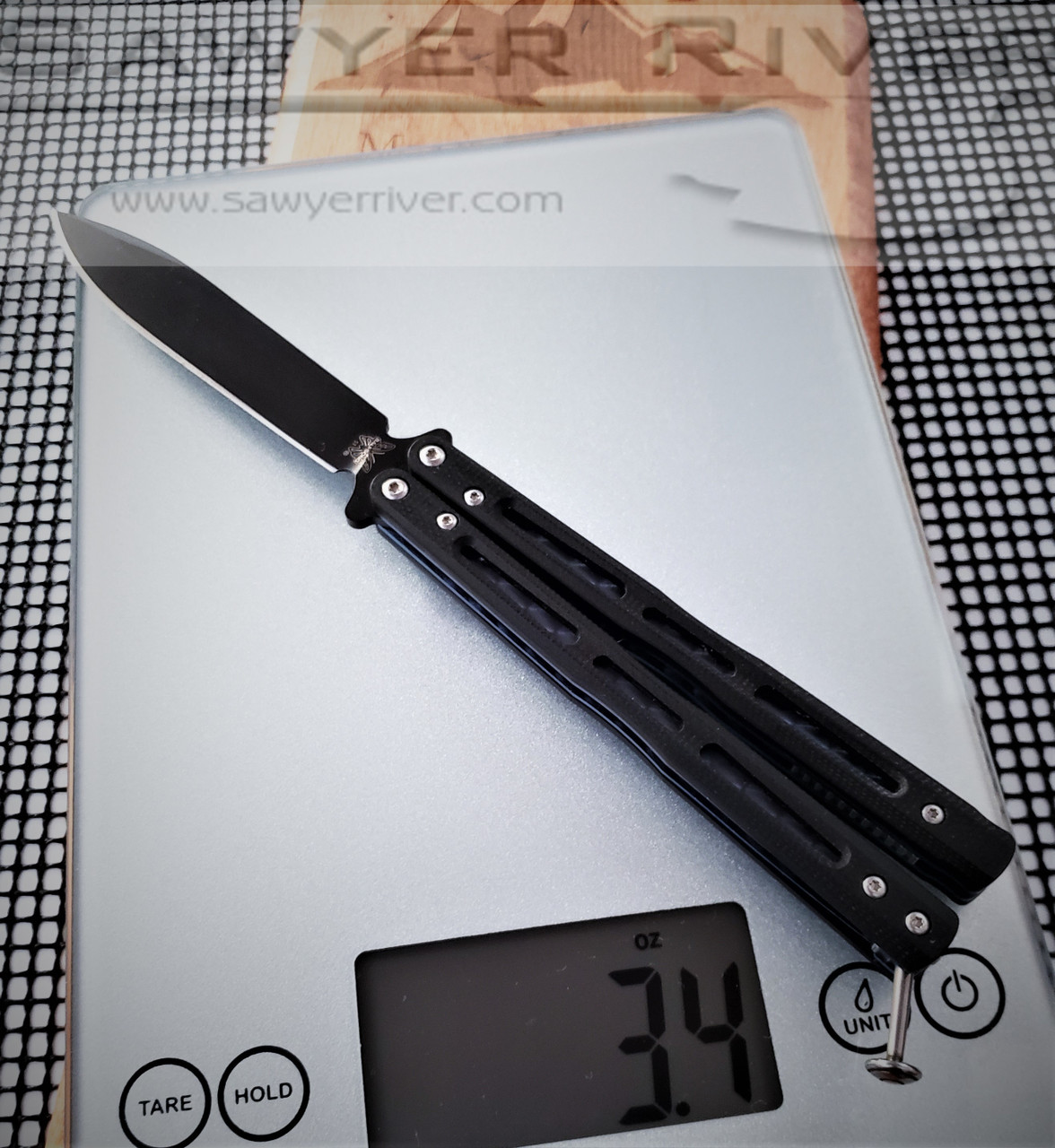 A balisong, also known as a fan knife, butterfly knife or Batangas knife, is a folding pocketknife. Its distinct features are two handles counter-rotating around the tang such that, when closed, the blade is concealed within grooves in the handles. A balisong with the latch on the "safe" handle, opposite the cutting edge, is called a Manila folder.

The balisong was commonly used by Filipinos, especially those in the Tagalog region, as a self-defense and pocket utility knife. A common stereotype is that a Batangueño carries one everywhere he or she goes. Hollow-ground balisongs were also used as straight razors before conventional razors were available in the Philippines. In the hands of a trained user, the knife blade can be brought to bear quickly using one hand. Manipulations, called "flipping", are performed for art or amusement. Blunt versions of these knives, called "trainers", are for sale to practice tricks without the risk of injury.